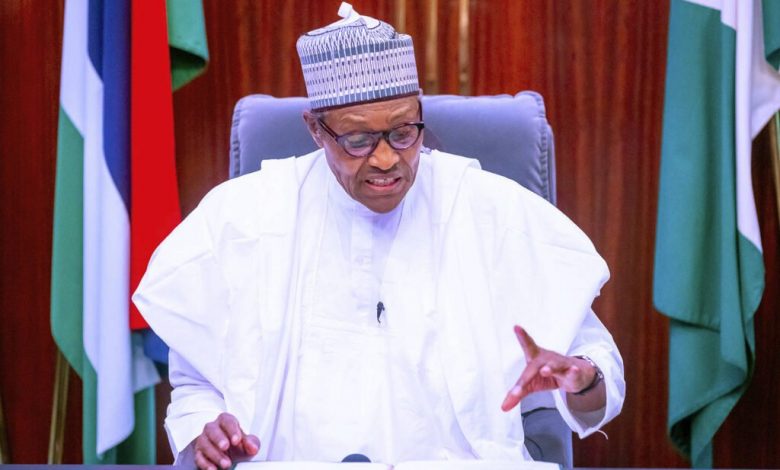 President Muhammadu Buhari Friday in Abuja says the contentious issue of restructuring, true federalism or devolution of powers remains a constitutional matter, with which only the National Assembly can deal, reiterating his position on devolving more power to the people.

At the meeting, the President said:

“On the contentious issue of restructuring or true federalism or devolution of powers, like you all know, this is a constitutional matter with which only the National Assembly can deal.

“I remain an unapologetic believer in devolving power to the people and that is why I signed the Executive Order granting autonomy to State Legislature and Judiciary. Unfortunately, this was met with some resistance at the state level and led to a more than two months strike action that has cost the country a lot of pain.

“Luckily the National Assembly has nearly completed the constitutional review process, which I hope would address some of the burning issues agitating the minds of our people.’’

President Buhari assured that efforts were already on to create a more conducive environment to address both direct and indirect causes of challenges including areas of job creation and employment generation, while appreciating religious leaders for their significant roles in national development, particularly in shaping perspectives.

“Your role is critical in putting the correct perspective out to Nigerians,’’ he said.