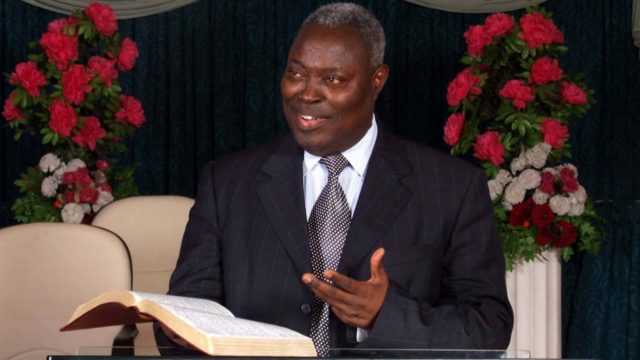 The General Overseer of the Deeper Christian life Ministries, Pastor, William Kumuyi has stated that he will continue to tweet and communicate with his followers across Twitter despite the government’s ban.

Last week, the Nigerian Government suspended Twitter’s activities in the country shortly after the micro-blogging platform deleted a tweet from President Muhammadu Buhari’s account. The attorney-general of the federation, Abubakar Malami also ordered the arrest and prosecution of any Nigerian still using the social media website.

Kumuyi is also towing the same line as his counterpart in the ministry, Pastor Enoch Adeboye, who also tweeted in defiance to the government’s directive, stating that his action was in accordance with Article 19 of the United Nations Universal Declaration of Human Rights.

Adeboye tweeted; “The Redeemed Christian Church of God is domiciled in more than 170 Nations & Territories. The tweets here are in accordance to Article 19 of the UN universal declaration of Human Rights,”.

Kumuyi on the other hand, also tweeted a few hours later; “In view of the Twitter ban in Nigeria, please note that the content shared on this handle is targeted at a global audience in more than 5 continents and over 100 nations and we shared the contents from any of these locations”.

The government’s suspension of Twitter has been met with severe criticisms from Nigerians and the International community.

However, the Federal government through the minister of foreign affairs, met with envoys from the UK, US, Canada, Ireland and the European union in Abuja on Monday to explain the rationale behind the directive.

Foreign affairs minister, Geoffrey Onyeama explained that the ban would be rescinded only if twitter can commit to ‘responsible usage’. 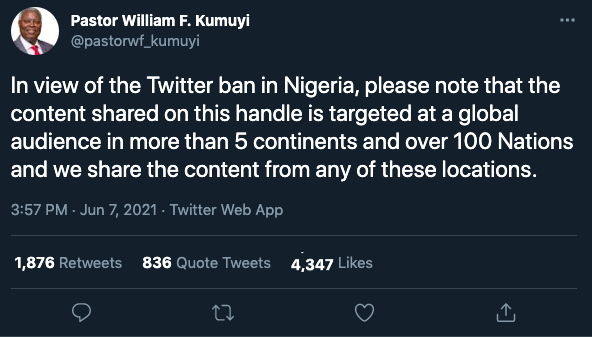