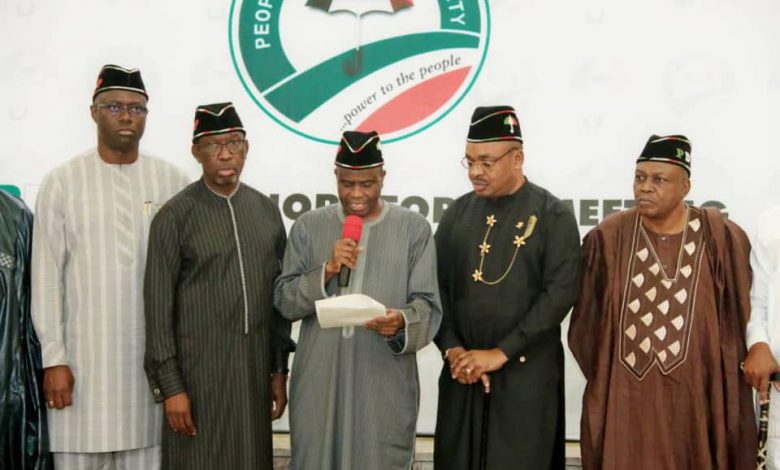 The PDP Governors Forum has attacked President Muhammadu Buhari over the recent suspension of Twitter’s operations in Nigeria.

The governors met in Uyo on Monday to deliberate on issues affecting the party and the nation. The unanimously agreed that the Buhari administration must review the suspension as it would be in the interest of the country.

“The mere ego of Mr President is not enough for such a drastic action that deprives millions of Nigerians from such an affordable means of expression and communication. We hope that this is not a harbinger or early warning signs of descent into dictatorship.”

“Social media regulation can only be done within the existing laws on the subject and should not be used as an attempt to punish or gag Nigerians from enjoying constitutionally guaranteed rights. Nigerian youths do not have adequate access to employment and a lot of Nigerians rely on TWITTER for their livehood, businesses and self-employment.”

“This will further worsen Nigeria’s 33% unemployment rate which is the highest in the world, improve Nigerias ranking as the country with second highest poverty rate in the entire world, all of which happened under APC’s unfortunate stewardship.”, a statement from the Forum read.