In a swift move to prove she is right about everything she says about Ghanaian men who took advantage of her, Nana Abena has dropped a WhatsApp chat of Ghanaian blogger, Eugene Osafo Nkansah aka Nkonkonsa begging in tears to lick her tonga. 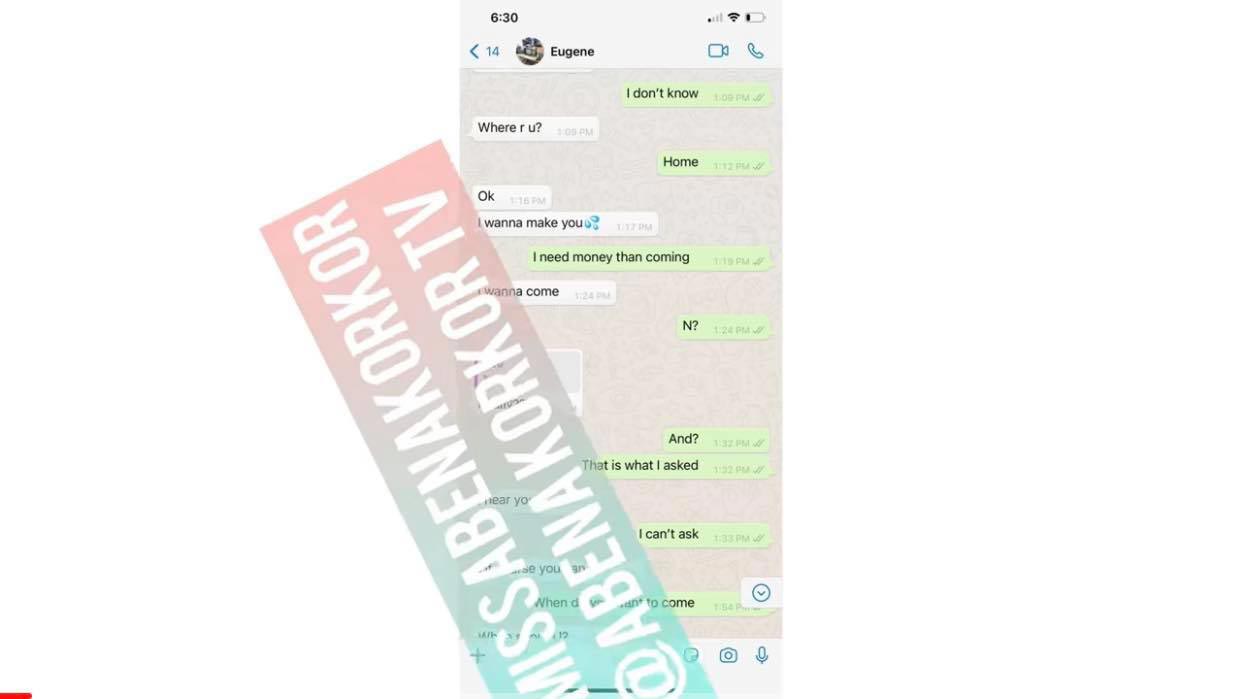 Abena Korkor vowed that she never allowed Nkonkonsa to sleep with her but on several occasions, she gave in out of frustration and allow him to lick her.

She praised Nkonkonsa as one of the best lickers she has ever been with but she didn’t see him as her class enough to allow him to put his Pendrive in her slot.

The lady went on to make startling revelations like Eugene told her he didn’t love Victoria Lebene, his wife, it’s her he wished he had married.

Read the full chat, watch the second video from Abena Korkor, and what triggered these new attacks below

The second video from Abena Korkor is a reaction to Nkonkonsa showing a message Abena Korkor sent him apologizing for mentioning his name in her exposé.

Nkonkonsa gave his phone to the host of Peace FM entertainment review to read on the radio which angered Abena Korkor to prove she was not lying but she only apologized for shaming him publicly.

All other men who have intentions to deny Abena Korkor’s allegations publicly should think again; she is out for blood and she has proof. Abeg you, don’t say Fiiii … lol